Norway’s capital is an exciting and beautiful city with views over the Oslofjord and mountains surrounding it. Thanks to a wave of cutting-edge architecture, vibrant coffee culture, new wave Nordic food and lively arts scene Oslo has a lot to offer. Here are a few tips that show some of Oslo’s diversity.

With its unique location, right next to the blue Oslo Fjord and surrounded by the green forest, Oslo has a lot to offer. This tour will introduce you to some of the more adventurous aspects of the city.

Kollensvevet is a zipline which takes you from the very top of the Holmenkollen jumping tower to the bottom as if you were jumping on skis. From the top of this landmark you can now set off and enjoy the same view and sensation of speed as the ski jumpers do! There is no age limit – the oldest jumper is 93 and the youngest only 3! Children under 40 kilos may jump in tandem with an adult.

«Oslo – The Peace City» - In The Foot Steps Of Alfred Nobel

Why Is the World’s Most Prestigious Prize Awarded in Oslo?

The Nobel Peace Prize is defined as the “world’s most prestigious prize” in the Oxford Dictionary. According to Alfred Nobel’s will, the prize has been awarded in Oslo ever since its beginning in 1901, while the other five prizes are handled by Swedish committees. Nobel left no explanation as to why the prize for peace was to be awarded in Oslo, but there are several theories about this.

This tour follows in Alfred Nobel footsteps. An authorized Oslo Guide will take you through the Nobel Peace Center, tell you more about the price and laureates and also visit the City hHall where the Nobel Peace Prize is awarded every year.

Norway During The Second World War

Nazi Germany invaded Norway on 9th April 1940. There were a few short battles in several places in the country, but within a few days the Germans had gained control over Norway. The King and the government fled to London in the UK and continued their campaign of resistance from there. This tour will show visitors more about this dark period in Oslo’s history and visits the Resistance Museum and the City Hall.

Discover Oslo on a bike

Oslo, the green capital of 2019, is best discovered when active and outdoors. Explore all the places a bus cannot and see Oslo together with an experienced Oslo Guide on a bike.

See the polar vessel that has sailed farthest to the North and to the South and the city’s best beaches. A visit to the Fram Museum as well as a stop at the Huk beach are included. (Do not forget to bring your swim suit!)

Over the last ten years, urban artists of international standing and local art enthusiast have turned the streets of Oslo into one of the city’s most interesting and vibrant art scenes. See Oslo’s urban areas with a local guide and see Oslo from a different angle.

We are happy to help you with your ideal itinerary for exploring Oslo and its surroundings.

All participants walk at their own risk and waive any liability claims against Oslo Guidebureau AS, its owner, employees, and tour guides for any loss, damage, injury etc. All participants are responsible for their own travel insurance. By purchasing the tour, you affirm that you have fully understood and agree to these Terms and Conditions, Waiver and Release of Liability. 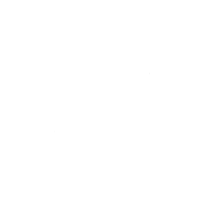